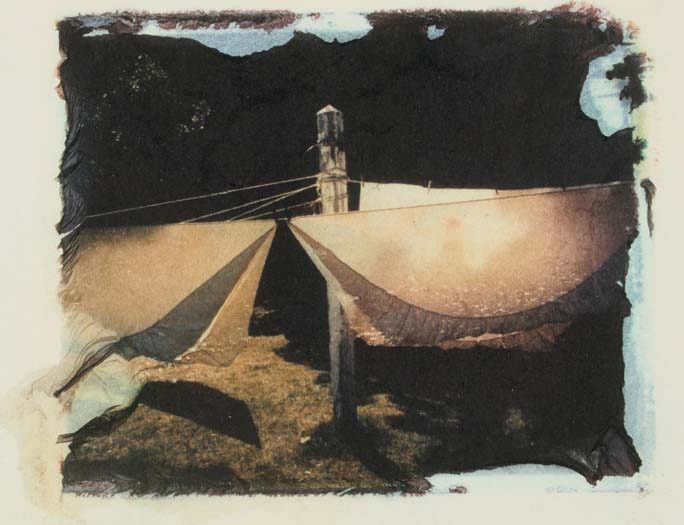 Light is where the magic lives. Its mysteries and pleasures push me, pull me, animate my days, haunt my nights. I have tracked its clues along the shore for most of my creative life. Clotheslines were my first cache, their sentient forms drifting in and out of the breeze. They populated my thoughts for years. I kicked a stone along the road through coastal Maine as I made photographs of those gossamer fabrics, sun-bleached sheets, tube socks, and underwear, lined up by item-by-item, hung by women who determined the way they dangled and draped, suspended in mid-air by the slightest puff. Laundry and linen became a series of photographs as numerous as a laundry list is long, called Clotheslines, born of the light and these meanderings, made as Polaroid transfer prints. Transient became tangible, frozen in time, those fleeting forms. 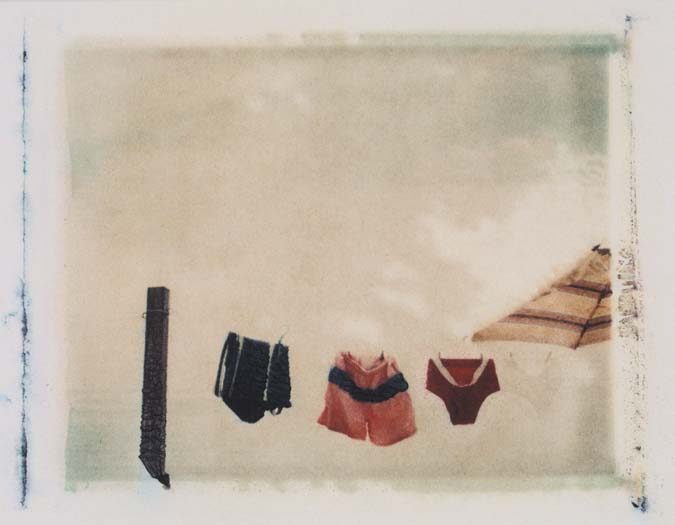 Sometime later, on a mission to redefine my history, I went to the shore seeking my own shadows. Instead I found thinly strung, frayed chairs, bleached brollies, wind screens, and towels, all in search of a warm and sunny day. A place to exhale, to deflate life’s drama, to slide in and out of sleep and shadows ever present on the beach. This series began as Somnambulation, sleep walking, and eventually became Tintinabulation, the soft ringing of bells. It is a reimagining of myself. 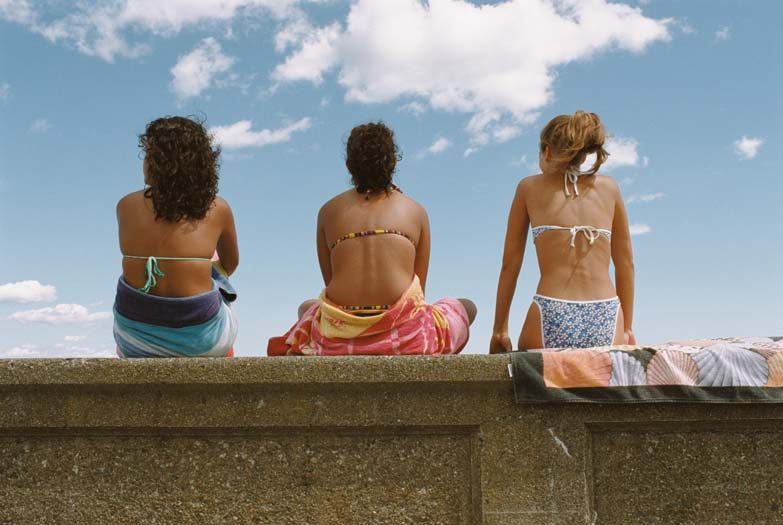 A Day at the Beach

Later still, and still chasing the light, I went back to the shore to see how we go to the beach. What did we wear, how did we sit, how did the light tell that story?  A Day at the Beach reveals hard shadows, screaming hot light, pulsating color and a thrust of energy to be had only in such a throbbing high key. We laze about, our skin exposed to the light, sporting tats and pierces, our body parts casting a dark patch on the sand. 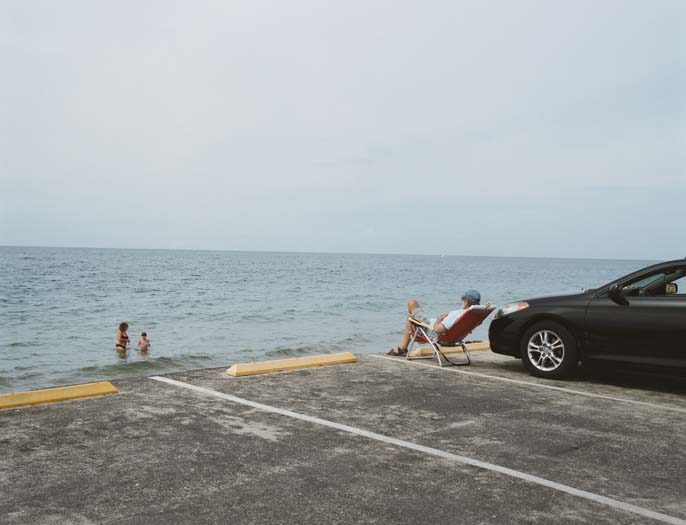 Further yet along the shore I go, to see how the light divulges secrets throughout the landscape. Folding the forms into each other, it is yet unable to disguise the sorrow disclosed in the many broken promises along the coast. Again illuminating, this time a wrenching story of land use. A parking lot along the shore, obstructing the view except for those parking their cars. A concrete statute of a whale for children to ride as if to tame the remains of what we have fished out. Endless signs in red lettering announcing to the uninvited: No Trespassing or, alternately, Private Property. A tale told by the series On the Edge. 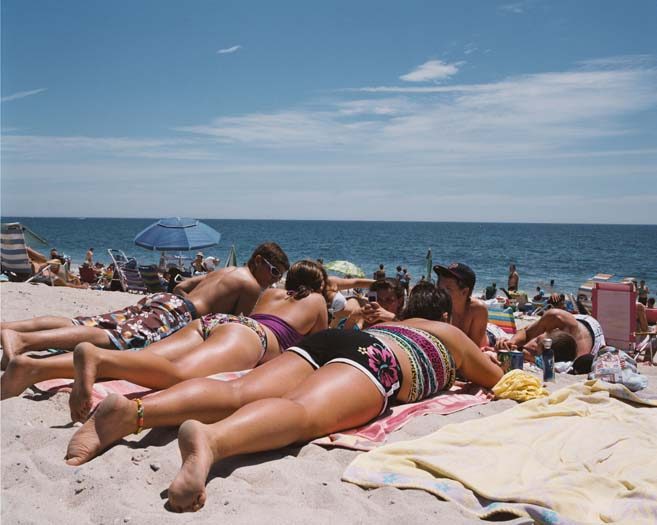 Living on the Edge

Reaching deeper into that story, a fable about a coastal summer community built on love and hope, with modest digs and common history. That the community will survive sea level rise, erosion and storm surge in upcoming northeasters and hurricanes is the fable. Such a sweet dream of a place lost in time along the shore, living on the edge of the next coastal assault. The community is in fact Living on the Edge, the title of the series that tells that tale.

I realized recently that all the loose strings of my photographic life mingle in Room 10, the title of a series that emerged from my waking dreams. Those images weave their way through the diaphanous merging of water and air, into and through the horizon. As I stare across the water searching for infinity, I hear the whispers of so many luminous memories while attempting to overhear secrets suspended in midair. If only I could decode them. Hover, as they do, nearby, I want them to be corporeal rather than a lacy approximation of reality. I’ll settle for that fleeting image, a mirage, a flash that marries me to all that might be real.

Kathie Florsheim earned an M.F.A. in Photography from the Rhode Island School of Design (RISD), where she studied with icons Aaron Siskind and Harry Callahan. Honors include a residency at the Atlantic Center for the Arts, a Visual Art Sea Grant award given by the University of Rhode Island, and the Hannum-Warner Travel Fellowship awarded by her alma mater, Mt. Holyoke College. Her professional honors also include a fellowship with the Institutes for Journalism and Natural Resources, and a CASE Media Fellowship awarded by the University of Maine. She is a Senior Fellow at the Coastal Institute, at the Graduate School of Oceanography, University of Rhode Island. Her photographs are in the permanent collections of the Fogg Museum at Harvard University, RISD Art Museum, The Museum of Art at Bates College, the Provincetown Art Association , Houston Museum of Fine Art, Center for Creative Photography in Tucson, AZ, and the Newport Art Museum, as well as numerous private collections.